If you ask the opinion of a septic tank emptying company, they will tell you categorically that septic tank bacterial additives are a total waste of money. Indeed, some can even harm the function of the septic tank and cause the soakaway to fail prematurely.

Crystal Tanks has never, in 25 years, seen any septic tank that has been aided by the addition of extra septic tank 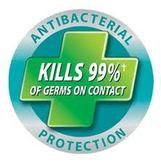 bacteria. All the bacteria needed for correct function comes from the human waste that is flushed into it and provided you are careful don't use anti-bacterial products or harsh cleaning chemicals, you don't need to add more. In any case, your products would also kill the bacteria that you have just PAID for.

There are dozens of products that claim to restore the function of a failing septic tank, but, as far as we are aware, none has ever been proved to work scientifically.

Below are examples of recent American Court Cases since October 2011, involving  the fraudulent sale of septic tank bacterial additives:

MIAMI — An Arizona woman has been convicted in South Florida of fraud charges stemming from sales of unnecessary septic tank products.

Federal prosecutors said Friday a jury convicted 50-year-old Cheryl Stephenson of Phoenix on two wire fraud charges. She faces a maximum of 20 years in prison at an April 2012 sentencing.

The group also falsely claimed that federal agencies were affiliated with or approved the septic tank product. They also had a so-called "idiot list" of people easily persuaded to keep buying the product.

If the United States has begun prosecuting septic tank additive companies then you should consider whether your septic tank needs them or not?